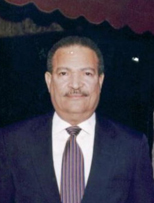 JAMES “TOKEY” CUMMINGS | FOUNDER
Mr. James T. (Tokey) Cummings, Sr. was a native of Montgomery, Alabama. He graduated from Alabama State Laboratory High School and later received his B.S. degree in education from Alabama State University. He worked as a jewelry salesmen with John Roberts and was a limo and hearse salesman with Jack Terrell, Montgomery, Al.

Because of family connection with the funeral business, Tokey became interested in the funeral home industry. He was an apprentice funeral director with his uncle, Tom Gardner of Smith and Gaston Funeral home in Birmingham, Alabama. After receiving his funeral director’s license, he attended Jefferson State Mortuary School. In 1977, he was able to fulfill his dream by opening E.G.

Tokey was a caring and compassionate person who had a desire to provide families with quality and affordable funeral services. He had a passionate belief in mentoring and helping others with his selfless spirit and dedication to human kind.

Tokey married the former Jacquelyn Mitchell of Montgomery, Alabama. They had one son, James Thomas (Tommy) Cummings who worked as an apprentice funeral director with his father and later received his funeral director’s license. Upon Tokey’s death in 2000, Tommy succeeded his father as President of E.G. Cummings Memorial Funeral Home, Inc.